We all have a story, and America loves stories — stories of success, humbleness, working hard.  I am the epitome of the American dream.  It doesn’t mean I’m a rich guy, on the contrary, it means that the more I have, the more humble I become.

As a 30 year resident of Utah, Jorge Fierro has become a respected leader in both the Latino and business communities and is a proud homeowner in Fairpark.  We were able to sit down with him for our February edition of West Side Spotlight.   Jorge serves our community on several non-profit boards including Locals First, the River District Business Alliance, and the Burrito Project.  He is very proud of the fact that volunteer members of the Burrito Project have been delivering hand rolled burritos to the homeless for over four years. Jorge is also on the board of the Lowell Bennion Community Center for the University of Utah, the Utah Microenterprise Note Fund, and American Heart Association Go Red Por Tu Corazón.  “This is a cause that I’m very concerned about.  Latinas are dying and we need to do something to raise awareness,” he said. 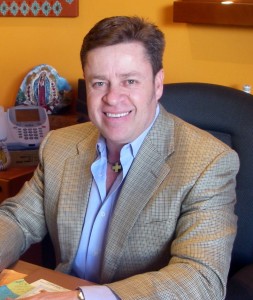 “One of the things I love about living on the Westside is the diversity. I LOVE how diverse it is. It makes me feel comfortable, like home,” he said. Jorge is very passionate about ensuring that the Latino population on the west side is involved.

“I would like to specifically tell the Latino community that the main reason why I’m so involved in non-profit organizations and volunteering projects is because we Latinos need to be MORE involved in our community. This is OUR community. Even though we may not have been born here, this is where we live; this is where our kids go to school. We NEED to take care of our community.  In the morning when we wake up, we wake up here; and at night when we go home, we come home here.  This is our home and we need to take care of it. I’m always looking for a place where I, Jorge Fierro, can make a difference. There is always more to be done.  America has offered and given me so much.  What I do, I do it because I have to share the success and I feel very strongly about making sure there are no injustices that happen and that everyone has a fair shot to a good life and a good education.”

Jorge has a very interesting story to tell.   He studied business and law in Mexico and later moved to the United States.

“Since I can remember, I’ve always been fascinated by the American philanthropic mind.  Being raised in Chihuahua Mexico, there is a lot of influence of America in northern Mexico.  I’ve always been fascinated by American’s desire to give.  Coming to America was always my goal, since I was 4 or 5 years old.  My father wasn’t very happy when I quit school, but eventually he was very supportive.  When I moved to America, I didn’t know anybody.  There were lots of people who spoke Spanish in California, Texas, and New Mexico, but I wanted to come deeper into the U.S. to learn English.  I was actually supposed to end up in Rawlins, Wyoming, but decided to stay in Utah instead.” 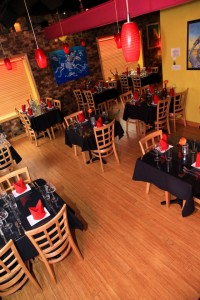 When we spoke about what motivated him to start the Frida Bistro, he said,

“When I moved here, it almost felt like I was able to start a brand new life.   I’ve always been aggressive and assertive, and I feel like I have always have been a good person.  When I first came, I stayed at the rescue mission for a few weeks until I got settled, and paid $3.75 to stay each night.  That experience helped me to see things from a different perspective, especially for our homeless veterans — people who given so much to this country.  I thought, I can give so much to this country too. I started working temp jobs and finally had enough money to rent a room up by the University.  I was homesick and wanted to have some cheese and bean burritos, so I bought a can of refried beans.  And it was disgusting! That’s when I had the idea to start my own business.  So little by little, my goal was not only to get to know Americans, but to become one.”

And so he did. Jorge began selling beans at the Farmer’s Market downtown at Pioneer Park 18 years ago and that has translated into a very successful restaurant and food distribution service.

“We all have a story, and America loves stories — stories of success, humbleness, working hard.  I am the epitome of the American dream.  It doesn’t mean I’m a rich guy, on the contrary, it means that the more I have, the more humble I become.”

When discussing west side issues, Jorge quickly points out that “when you think of it, we can no longer ignore the River District.  The only way for Salt Lake City to really grow is to grow west.  This is the only direction.  You can’t grow north, south or east. Forget about it!”  When we spoke about Latino presence on the west side, Jorge offered this comment:

“Thanks to my parents and their sacrifices, I was able to achieve some education and can see things from a different perspective.  Most of the people who come here — they are in survival mode.  They are working two or three jobs.  I want to be an example of someone that is no different than someone who comes here, and my desire to be an example of success.  Thanks to my parents, I have a strong entrepreneurial philosophy that makes me stronger. The reason I live on the west side is because I want to make the community better, not the Latino community, but the entire community and it’s my responsibility now.”